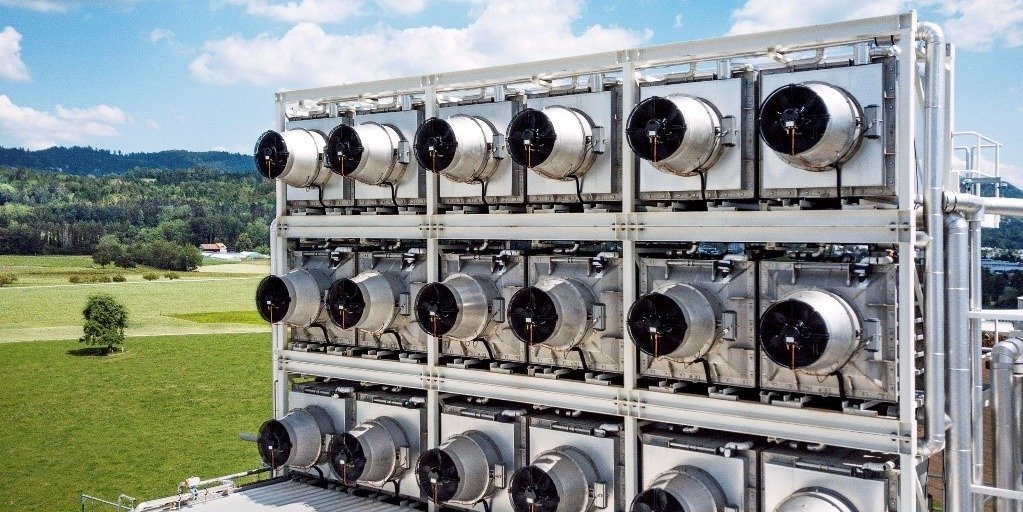 Today, Climeworks completes the commercial operation phase of its DAC facility in Hinwil, leading to the phase-out of its first generation technology. This allows the company to sharpen its focus and further move along the journey towards gigaton DAC+S capacity by 2050.
“The operations in Hinwil contributed immensely to proving Climeworks’ technical and commercial viability. They allowed us to commercially deploy our technology for the first time, demonstrating that market demand for DAC exists, while providing 5-year field experience under real-life conditions that informed the development and deployment of our following tech generations, such as the Orca plant in Iceland”, says Jan Wurzbacher, co-founder and co-CEO of Climeworks.
“We are humbled to celebrate the completion of this chapter with our partners in Hinwil, who played a vital role in enabling us to implement our technology in the field on industrial scale for the first time — a pivotal moment for Climeworks and the entire industry. We therefore want to thank all involved partners that helped to realize our DAC operations in Hinwil: in particular the Gebrüder Meier Gemüsekulturen AG and the Zweckverband Kehrichtverwertung Zürcher Oberland KEZO, as well as Audi AG, Coca-Cola HBC Switzerland Ltd., the SFOE, the FOEN, and the Klimafonds Stadtwerk Winterthur”, says Christoph Gebald, co-founder and co-CEO of Climeworks.
Climeworks now doubles down on its DAC+S scale-up journey to gigaton: Orca, the world’s first DAC+S plant, was launched in September 2021, and the groundbreaking of Mammoth, Climeworks’ newest and largest DAC+S plant, was announced in June 2022. Both plants are located in Iceland, and the permanent storage of CO2 is provided by Climeworks’ storage partner Carbfix. In addition, Climeworks undertakes DAC+S project development in Oman, Norway and the USA.

In Hinwil, Climeworks’ air-captured CO2 was provided to customers for utilization — an existing market for CO2, which enabled the first commercial operation of Climeworks’ DAC technology. This was an important milestone both from a technology and a market perspective, putting Climeworks on track to becoming today’s most advanced DAC company.
Climeworks started its operations in Hinwil in May 2017, initially launched as a demonstration project in cooperation with the partners Gebrüder Meier Gemüsekulturen AG, the Zweckverband Kehrichtverwertung Zürcher Oberland KEZO, and financial support of the Swiss Federal Office of Energy (SFOE). The Gebrüder Meier AG was the first pioneering customer of Climeworks’ air-captured CO2, using it for enhancing vegetable growth at a nearby greenhouse. KEZO provided both the location to build Climeworks’ DAC facility and an energy source to power it, and the SFOE supported the project with a contribution towards non-amortizable costs. In 2019, Climeworks started to provide air-captured CO2 to an additional customer: Coca-Cola HBC Switzerland Ltd., who used the CO2 for the carbonation of its mineral water VALSER – the first time DAC was used for the beverage industry. The project was supported by Audi AG, the Federal Office for the Environment (FOEN) and the Klimafonds Stadtwerk Winterthur.
Technologically, Climeworks’ operations in Hinwil moved the company to a new order of magnitude. From capturing grams in 2009 under lab conditions, to kilograms on demonstration-scale in 2011, and to tons with the first small-scale DAC plant in 2014 — Hinwil enabled a capture capacity of hundreds of tons of CO2 per year.
By successfully designing, building and operating the DAC facility in Hinwil, Climeworks built up operational excellence for the continuous production of CO2 using DAC, which involved ramping up, operating and maintaining the facility as well as ensuring full production traceability. Since Climeworks delivered air-captured CO2 to Coca-Cola HBC Switzerland Ltd., it worked on maximizing the purity of its CO2 to be compliant with the highest food and beverage standards. This led to Climeworks’ certification under the FSSC 22000 food safety and ISO 9001-2015 quality standards in 2019 and subsequent years with the latest re-certification successfully completed in June 2022.
Commercially, Climeworks demonstrated for the first time that DAC creates value and that a market demand exists among established companies such as Coca-Cola HBC Switzerland Ltd. Operating its DAC technology to supply air-captured CO2 to commercial customers under the highest standards enabled Climeworks to develop from a start-up into an operational company very early on.

●     Climeworks and Carbfix developed the world's first full-chain certification methodology dedicated to carbon dioxide removal via direct air capture and underground mineralization storage. This methodology has been validated by the independent quality and assurance l...

· Climeworks is excited to enter this long-term collaboration with UBS, the latest and largest financial services company to commit to Climeworks’ carbon removal solution.

2.1.    The websites and mobile applications used by us may use cookie technology to collect additional user and usage data. Cookies contain data that identifies you during your use of our services. We use session cookies to better understand how you use our services, to monitor aggregate usage by our users and to improve our services.

2.2.    You may use your browser software to stop accepting cookies or to warn you before accepting a cookie. If you choose not to accept cookies, parts of the functionality of the websites and mobile applications operated by us may be impaired.